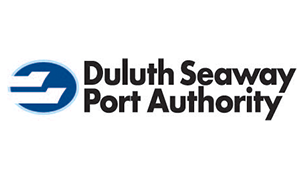 The Duluth Seaway Port Authority (DSPA) is a public agency created by state statute in 1955 to expand and improve facilities at the Port of Duluth-Superior in anticipation of the opening of the St. Lawrence Seaway in 1959. Two years later, with $10 million in public funding, the Port Authority created the 120-acre Clure Public Marine Terminal, the port's only general cargo facility.

The Port of Duluth-Superior is the largest tonnage port on the Great Lakes and continues to rank among the top 20 ports in the U.S., handling an average of 40 million short tons of cargo and hosting more than 1,000 vessel visits each year

Like port authorities and harbor commissions worldwide, the DSPA mission is to generate domestic and international trade, advance regional industrial development, and advocate for maritime industry interests in legislative initiatives.