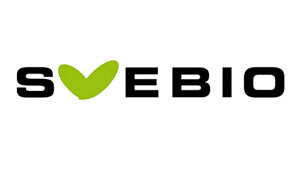 The Swedish Bioenergy Association (Svebio) was founded in 1980, after the oil crisis in 1979. At that time bioenergy accounted for 10 % of the energy supply in Sweden. Bioenergy was not yet commercial and a major part of the bioenergy was used internally in the wood industry. Since that time, bioenergy usage in Sweden has more than doubled, from 48 TWh (173 PJ) in 1980 to 110 TWh (396 PJ) in 2004.

Svebio consists of around 300 members, most of them enterprises active in producing/providing biofuels or using biofuels on a larger scale. Among Svebio´s members there are also manufacturers/providers of burning equipment, machinery for collection and processing of biofuels, consultants, scientists, politicians as well as some private members. The broad spectrum of members has contributed to Svebio´s present position as a trustworthy part among decision-makers. Svebio is playing an active part in all major political decisions concerning bioenergy and bioenergy related matters in Sweden.