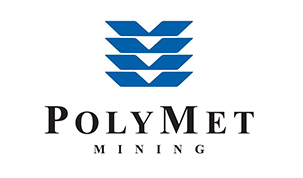 PolyMet Mining’s NorthMet Project is part of northeastern Minnesota’s Duluth Complex, one of the world’s largest known undeveloped deposits of copper, nickel and other precious metals. The project would be the first in Minnesota to commercially extract metals from the Duluth Complex.

The project is located near the community of Hoyt Lakes, within an existing mining district where operating and former iron mines and processing facilities dot the landscape. Here, mining is woven into everyday life, supporting generations of workers and their families and building the communities in which they live. PolyMet, which controls 100 percent of the NorthMet ore body through long-term mineral leases, plans to build an open-pit mine to recover these critical metals using modern mining and processing methods.

All stakeholders stand to benefit from the economics of the PolyMet project. When fully operational, the mine and processing facilities will have a significant economic effect. It will employ approximately 360 people, and according to an independent study by the University of Minnesota Duluth Labovitz School of Business and Economics, the PolyMet Mining project will generate an estimated $515 million in wages, benefits and spending for St. Louis County.