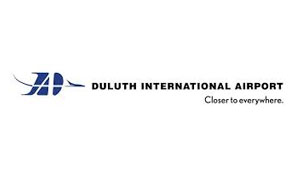 Mankato, MN. - The Minnesota Council of Airports (MCOA) elected Tom Werner as its chair for a second term at its annual conference in Mankato, MN on April 13th. Werner is also the Executive Director of the Duluth Airport Authority.

The Minnesota Council of Airport's board is comprised of airport leaders from around the State of Minnesota. Under their leadership MCOA works closely with aviation industry stakeholders, MNDOT and the FAA to advocate for funding and sound aviation policy.

"I'm honored and humbled to be leading the Minnesota Council of Airports. Along with our aviation partners MCOA will continue to advocate for the strongest airport infrastructure in the country" says Tom Werner, Chairman of the Minnesota Council of Airports. Werner's priorities for this coming year include continued advocacy for State airport zoning reform and increased funding for aviation infrastructure projects around Minnesota.

Minnesota's state aviation system, comprised of 135 airports, generates $12.2 billion in economic activity. This impact includes the creation of 164,900 jobs in the state as well as $6.5 billion in labor income. *

About Minnesota Council of Airports

MCOA represents 118 airports in the State of Minnesota by advocating for infrastructure funding and providing input on sound aviation policy. MCOA hosts its annual airport conference in the spring of each year. The 2018 conference will be April 18-20 at the Duluth Entertainment and Convention Center in Duluth Minnesota.

*According to University of Minnesota Center for Transportation Studies Research Report (2011) http://www.dot.state.mn.us/aero/documents/aeicfinalreport2010.pdf