Judge John H. Guthmann rejected the allegations that MPCA engaged in a systematic effort to keep evidence out of the administrative record. Those allegations were made by the plaintiffs, which include Fond du Lac Band of Lake Superior Chippewa, WaterLegacy, Minnesota Center for Environmental Advocacy, Center for Biological Diversity and Friends of the Boundary Waters Wilderness. The court observed that the process for PolyMet’s permit involved “significantly more interaction between the EPA and the MPCA than with the usual NPDES permit,” PolyMet said in a news release.

The court determined that “[a]t no time did the MPCA try to discourage or prevent the EPA from submitting written comments on either the pre-proposed permit or the final permit.” It found that MPCA’s effort to reach an agreement with EPA to delay making written comments on a draft NorthMet NPDES permit until sometime after the public notice period did not constitute a procedural irregularity. The court concluded that the MPCA exceeded the requirements of the Memorandum of Agreement between EPA and MPCA. 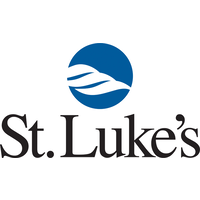